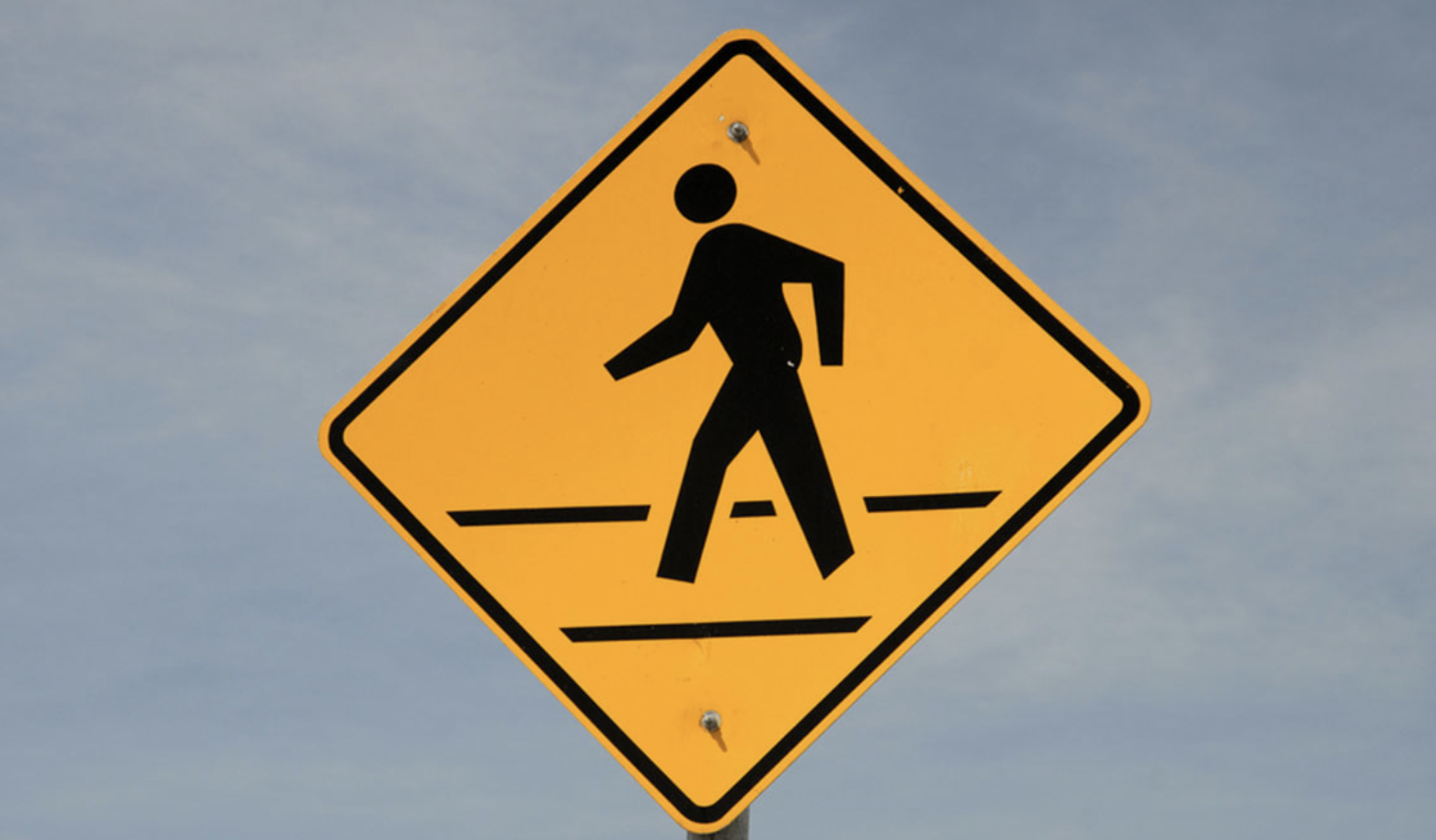 A woman hit in a crosswalk shows that drivers not paying attention near crosswalks can get expensive, and worse, someone could get hurt.

Walking to class at a Free College? Well Sort Oflocal college, like she had done on many other days, a woman was hit by a pickup truck.  Clearly not something she had planned for her day.  The woman used a crosswalk as all of us have done many times.  Sadly this time didn’t work out so good for her.

Just prior to the collision, the student who was hit, was walking to class at a local college.  She was walking along a pathway that feeds into a crosswalk which crosses a perimeter road.  When she reached the crosswalk, she checked for cross traffic and saw a pickup truck approaching the crosswalk.  The pickup truck was slowing and appeared to be yielding the right of way to the pedestrian, as it should.  This is of course required by law.

The defendant driver claimed that she could not see the woman she hit in the crosswalk. She said this was because the sun was in her eyes.  One question then of course for the driver is “What is the safe speed when you can’t see?”.  This is a tenant of the basic speed law of course.

As a result of the collision, the pedestrian suffered several injuries. This included an open fracture of her left tibia, a concussion, a laceration to her forehead, and multiple contusions and abrasions.  She was transported to a local trauma center where she underwent surgery to repair her left ankle.  After a short period of hospitalization, she was released from the hospital.

During the six months after her hospital visit, she received physical therapy and outpatient orthopedic care. This was needed before returning to her regular activities.  At the end of her therapy she was greeted with nearly $22,000 in medical bills.  This alone would scare any student.  Thankfully, her medical expenses were recoverable along with other damages with the help of her attorney.  The Mastrangelo Law Offices were able to settle her claim with the responsible driver’s insurance company for the total sum of $290,000.

Please pay attention when you drive through crosswalks.