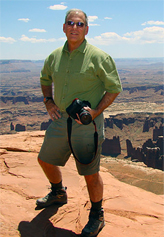 Covid-19 Compliance Cited in when restaurant closed in Morgan Hill.

Ladera Grill strives to provide a great restaurant experience. The restaurant is regularly considered one of the top restaurants in the Silicon Valley. Ladera Grill resides in the historic Skeels Building on Monterey and Third Street in downtown Morgan Hill. The building was originally a residential hotel and restaurant operated by Harry and Cynthia Skeels from 1925 to 1948.

Ladera Grill owner Dan McCranie is considered by many to be an established member of the Silicon Valley. In addition to owning Ladera Grill, Mr. McCranie is an advisor to Renascia. Renascia is an independent financial advisory firm. He focuses on the global technology industry. Dan has over 40 years of strategic semiconductor experience and a vast network of connections in the Bay Area.

The Ladera Grill is not the only victim of the closures. Friday Night at 8:20pm, two armed officers from the Alcoholic Beverage Control (ABC), abruptly entered Ladera Grill. The officers ordered them to close all operations, threatening to cite owners, managers, and customers who were dining outside. Other restaurants in downtown Morgan Hill and Gilroy were allegedly ordered to close by the ABC without prior notice. The ABC is an agency of the State of California

In 1926, the Skeels welcomed Swedish Crown Prince Gustav Adolph and his wife Crown Princess Louise. The Royal couple were in town to dedicate the new 106-acre Sveadal resort in nearby Uvas Canyon. After a formal procession down Monterey Road, they checked in to the Skeels Hotel. From the balcony of the second story room the couple greeted the crowd of more than 500 local citizens.

In 1992, the historic hotel was completely rebuilt as a mixed-use building with apartments upstairs and a modern commercial/restaurant space on the ground floor. The Morgan Hill Historical Society retained the building’s original flagpole. The flagpole has been reinstalled on the roof of the new building.

The Mayor of Morgan Hill held a press conference on July 4th to address the issue.

Editors note, as of July 6th the Ladera Grill Website had not been updated and still shows dining room opening on July 5th.

2 thoughts on “RESTAURANT CLOSED IN MORGAN HILL BY ARMED OFFICERS”