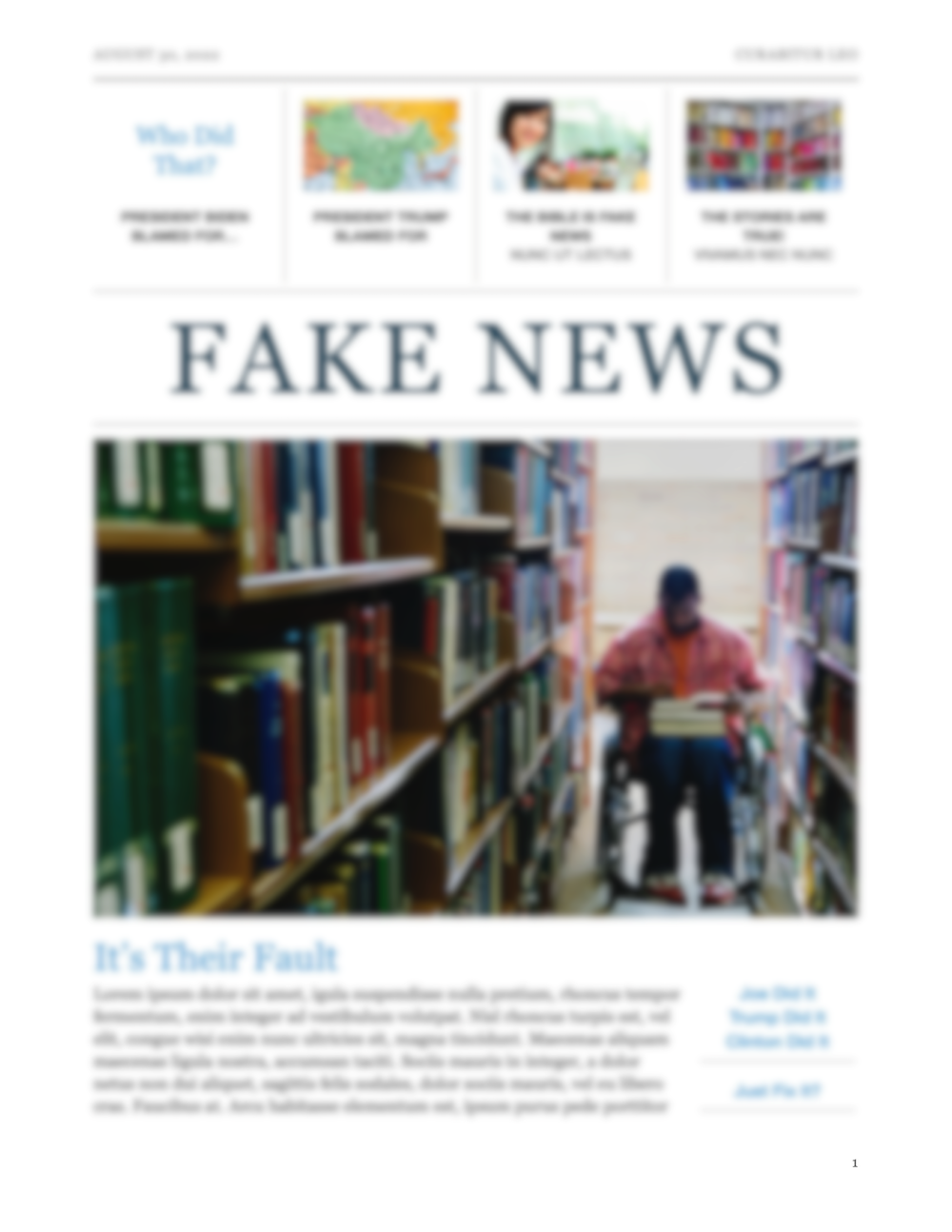 Lately there is a lot of talk about fake news, censorship and freedom of speech.  This isn’t anything new in the United States is it?  The first settlers used to burn “witches” at the stake,  Wouldn’t that be the “fake news” of the day?

Fake news stems from a problem of respect, trust and responsibility.  These days there aren’t too many people willing to take the responsibility and do the research.  Just look at how many times we find out news from the main stream media isn’t exactly true.  Hunter Bidens laptop comes to mind.  All of the main stream media outlets quickly proclaimed it didn’t exist.  They either didn’t take the time and fulfill their responsibility of research for truth or they published fake news.  I’d like to think it was the former, rather than a conspiracy to deceive.

Sometimes when one major news company publishes a story, the others are quick to jump on the bandwagon, hoping the original research is sufficient.  The problem is that we don’t hold the news accountable any more for doing that research.  Since the internet became a mainstream tool, a quick “Google” of the subject became enough.  Google then became the target of truly fake news.

Attack of the Bots

The biggest problem with “Googling” something today is that so much of the content on the internet is created by bots.  Bots where used here at Bay Bridge News to write articles a couple of years ago.  We quickly noticed it took more time to edit and correct these “accurate” articles then if we just did the research and wrote the articles from scratch.  After a few months, we stopped using bots.  We still test them once every four of five months, but nothing has really changed.

Some financial outlets cover their legal butts by putting a disclaimer that the information was created by an automated system.  That means a bot.  All bots do is search the top 500 or so related items on the internet, take a sentence from each and then attempt to construct a somewhat readable article.  One article our very expensive bot provided too us about aviation safety listed the same airline as both the safest and most dangerous.

The Breach of Trust

Each of us has a different point in our lives where we begin to distrust everything we are told.  For me it was playing hide and seek, and discovering holiday gifts in my parents bathtub.  Truth became a lot more vague for me right then and there.  I took the Ronald Reagan stance of “Trust but verify” ever since then.  It is amazing how many stories turn out to not be true.  At the same time it is amazing how many truths that are denied be our government and our mainstream media turn out to be truth  in every sense of the word.

After a while trust is lost and apathy sets it.  This is the most dangerous place for a society to go and we are headed there quickly.  I think it starts with Lawyers.  Their job is to defend the client at all costs.  Right or Wrong.  This builds distrust of the legal system and apathy towards it.

That game of hide and seek where I learned that I could no longer trust my parents every word also meant I could no longer trust them 100% of the time.  Eventually, I began to respect them less.  At the end of the day, the problems in our country don’t stem from our political divisions, religious divisions, or pronoun preferences.  It all comes down to respect.  Many people don’t know how to respect themselves.  Most of the country no longer respects the opinion of others if they differ in any way.

Once upon a time we could discuss it, vote on it, see what happens and then start over.  Today that isn’t the case.  We are divided across the board.  We are divided on whose news is fake, what to call ourselves, and how to act in public.  Being respectful means being responsible for our actions.  So there it is, Fake News stems from a lack of respect.  How do you get that back?

It was once said “The measure of a civilization is how many laws are followed without enforcement”.

Fake News? Whose Fault Is It?

1 thought on “Fake News? Whose Fault Is It?”