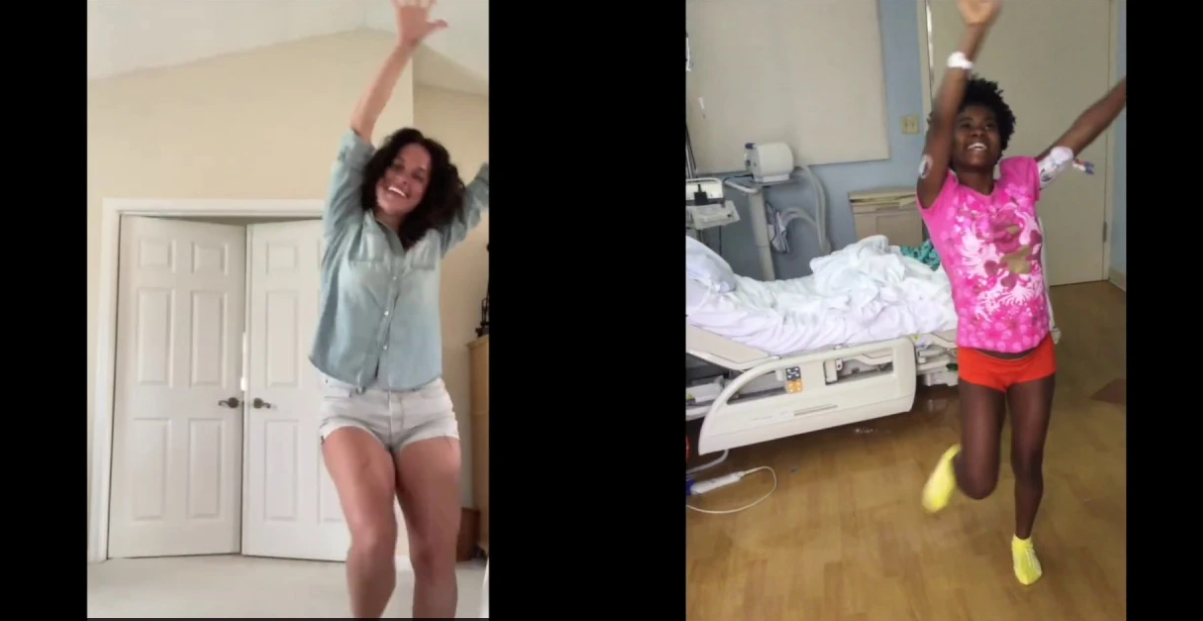 The nonprofit Ukulele Kids Club, aka UKC, launched a new initiative today to support the healthcare of children. The new initiative is supported by Stage and Screen Stars alike with Broadway stars leading the charge. The UKC Ambassador and Broadway performer Abby Jaros is leading the new UKC fundraising and awareness program. UKC Broadway is the name of the program which includes actors, singers, and performers.

As part of the program, performers share songs, dancing, and more. The new initiative, using the hashtag #UKCBroadway, adds a new dimension to the charitable work of the UKC. Since 2014 UKC has supported the healthcare of nearly 10,000 children globally through music therapy and donations of ukuleles.

Music as a Healer

“Professional performers understand how transformative music can be, and almost no one needs a transformative experience more than a hospitalized child,” said UKC President Stephanie Epstein, MM, MT-BC. “We are so grateful to the Broadway community, led by Abby Jaros, for joining with us to help these children – and their families – cope with the fear, anxiety, and discomfort that can occur with short-term or long-term hospital stays.”

The UKC Broadway program began with a video capture of Ms. Jaros. She is rehearsing a dance routine with Da’Niya, a teenager who has been in and out of the hospital for much of her life. The video can be viewed at https://youtu.be/yGZFgaQNZYk

“I had always wanted to find the right way for Broadway to give back to our communities,” said Ms. Jaros, veteran of “Hamilton” and “Joseph and the Amazing Technicolor Dreamcoat,” among many other performances. “Through family connections, I knew about the UKC, developed a passion for their mission, and started brainstorming about how we could work together. So many artists play ukulele for gigs or for fun, and I was thrilled to see that my fellow performers were eager to join in and share their talents with hospitalized kids in need. This is how the idea of #UKCBroadway was born.”

Live performances are presented virtually by Broadway stars on UKC social channels. Select Broadway performers will be directly connected with hospitalized children as well. Danny Quadrino, Broadway veteran of “Newsies,” “Bye, Bye Birdie,” and “Wicked” was one of the early performers. Joshua Turchin from Broadway’s “The Early Night Show,” will perform on July 11. Mr. Turchin is also a UKC Kid Ambassador and will share his performance skills while rallying Broadway’s kid and teen talent.

The Ukulele Kids Club (UKC) is an international, nonprofit organization based in Plantation, Florida. The UKC was founded in 2013 by Corey and Edda Bergman as a tribute to Corey’s son Jared Bergman. Since its founding, the UKC has directly supported the health care of nearly 10,000 children through music, music therapy and donations of its signature instrument. The UKC works with more than 200 hospital-based music therapy programs in the U.S. and internationally, including Canada, France, Japan, Mexico, Puerto Rico, Dominican Republic and the United Kingdom.The UKC is a platinum-level GuideStar participant; learn more at www.theukc.org.