The historic San Francisco Oakland Bay Bridge is one of the world’s busiest bridges. With its span beginning at the Embarcadero in San Francisco it then transits the former Treasure Island Navy Base before landing in Oakland.  Built in 1931 a part of the interstate highway system the Bay Bridge was the first direct route between San Francisco and Oakland. While it normally carries about 260,000 cars a day over its two highway, some days, nearly a million cross the span.  Those vehicles use its multiple lanes and different tolls to keep the Bay Area Moving. This high-volume of traffic creates a challenge for local transportation agencies.  When it came time to replace the aging, costly roadway with a new one it wasn’t easy. The new bridge plan required the coordination of a huge number of local, state, and federal agencies in a coordinated effort. 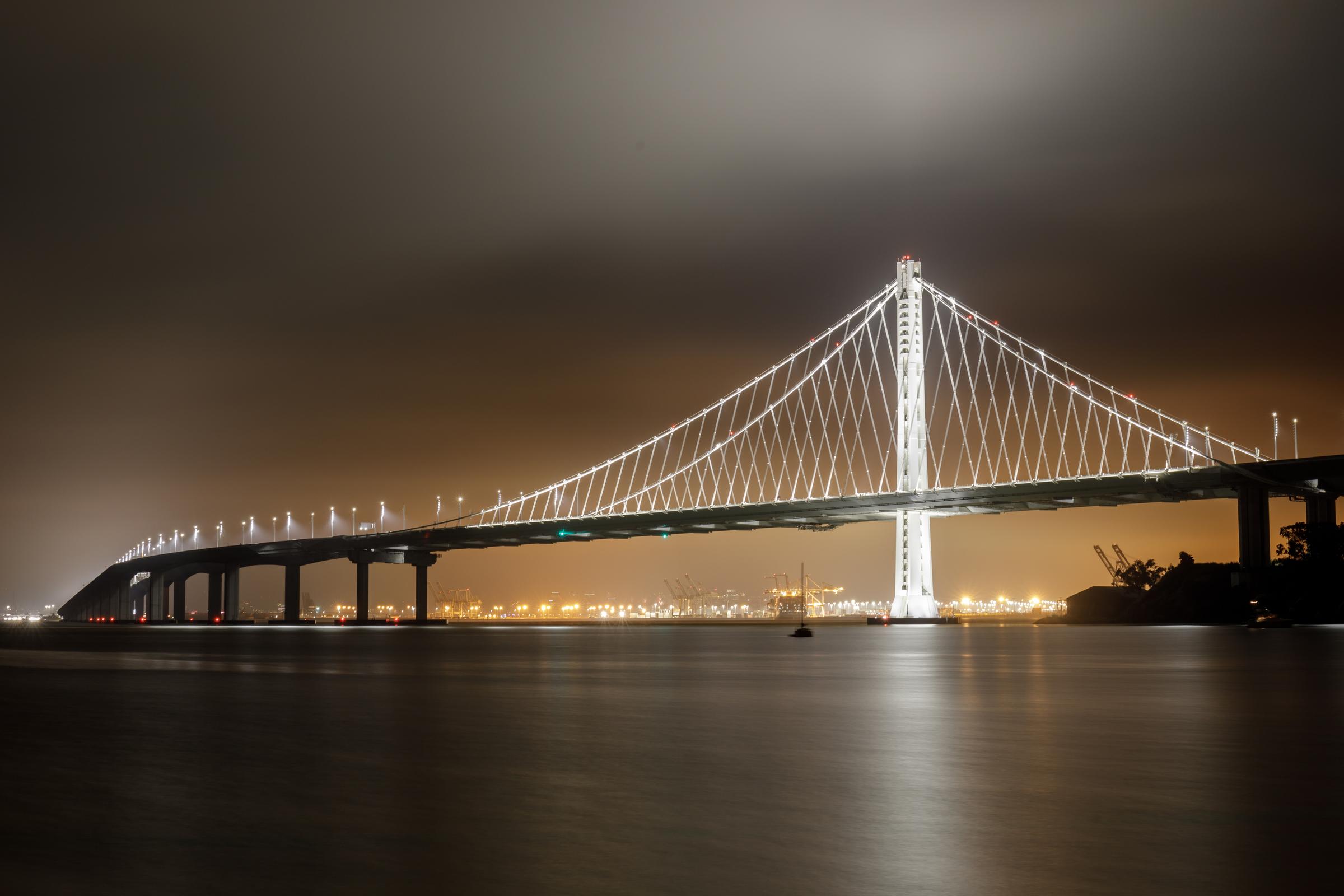 For this purpose, the California Department of Transportation (CDOT) hired a landscape architect from San Francisco, Paul Callan, to study the prevailing conditions at the site and to prepare a comprehensive environmental impact report. Although the proposed designs called for a reduction in vehicle lanes, it was found that adding bicycle lanes would improve pedestrian safety and reduce car collisions or rollovers. Callan also suggested including views of the San Francisco skyline in the plans. Callans plan was later adopted as the basis for the current Oakland plan.

It’s all About The Views

The views across the Oakland water and on the Oakland hills were the prime topics of discussion during the planning process. However, many of the environmental impacts were dismissed out of hand. The National Park Service (NPS) and federal agencies such as the Federal Aviation Administration (FAA) opposed changes to the freeway network in the East Bay. Some of these agencies had serious concerns regarding the impact of increasing vehicle traffic on the natural habitat of the park. NPS called for more studies to be completed before any changes were made.

In the case of the Oakland hills, the NPS claimed that certain views across the freeway could have adverse effects on rare birds and endangered species. Environmentalists maintained that changing the road design would increase vehicle traffic and impact on the environment. A compromise was arrived at whereby a paved median was added to the road. No cars would be allowed to drive onto the upper terrace. The environmental impact would then be assessed with stricter controls over use of vehicles.

These ecological factors were not resolved and environmentalists still fought against the plans. Opponents of the project formed an Independent Review Committee to investigate the environmental impact and safety issues raised by the plan. Despite the growth of business in Oakland, local residents felt let down by the lack of information and consultation prior to the implementation. Even after the environmental review, the plans were not modified.

The lack of bike lanes is perhaps the most glaring oversight in the whole plan. While some cyclists may ride bikes to work and other destinations, there was no provision for safe, easy bike commuting to the office. Furthermore, the number of bike crashes in the city is alarmingly high, given the relatively low population of around 20 million people. This represents a serious deficiency in bike facilities and represents a distinct missed opportunity for increased bicycle commuting.

Getting around the bay area means we have to accept a few things. It is a beautiful place to live, and more people want to live here. That means we need better transportation systems to keep the whole thing going. The original idea of decreasing lanes for the new bridge was downright irresponsible. It would simply create more traffic in other areas around the bay that are already stressed. The lack of bike lanes removed any possibility of a more eco friendly way to cross the bay. Hopefully as we move forward we can do so with a bigger picture of the future in mind.