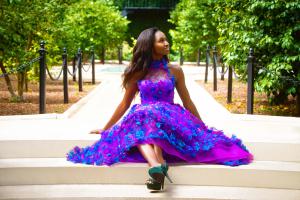 Sarai Korpacz new single, hiding place will release on July 4th, which is her birthday.

NEW YORK, NY, US, June 29, 2020 — Sarai Korpacz is a New York based Christian singer and songwriter. She will soon release a new gospel single on the 4th of July. The release date also happens to be her birthday. This comes only one year after she released her debut album, It’s Time To Praise The Lord in July 2019. Korpacz music has become a voice of hope, and inspiration for people during times of adversity.

Living with her husband and their two children in New York Sarai has continued to push her music. Hiding Places is a melodic enchantment of hope and finding strength in the Lord during challenging times. In 2018 Sarai was injured in an accident. During her recovery, the artist found hope in gospel music. This hope brought her closer in her relationship with God. “Everything happens for a reason, how we react can determine our destiny” shares Korpacz.

She says her relationship with God has influenced her life since she was just six years old. With a Masters in American Business Law from New York Law School, she has shifted her focus from the corporate world to music. She wants to give people inspiration and hope.

The talented gospel artist found inspiration in Christian music, giving her the strength to push through challenging times. Her positive music brings a clear message, worshipping God in spirit and truth. Two years after her accident, she is pain-free. Since then, she has been sharing her musical talents with listeners around the world. Her music is available through various social media platforms.

The Story of Hiding Place

“Hiding Place will share a story, a feeling and an emotion of the renewed awakening one can have with the Christian faith. In my years, I’ve always made my faith my top priority, my music is a reflection of that, but incorporated in a way for everyone to enjoy it,” tells the artist.

A snippet of ‘Hiding Place’ which can be found on her website is a delightful connection between the listener and God. Korpacz uses her talents to not only tell people but show them that during challenging times, one can always find hope in God. As the global pandemic has left millions with uncertainty, stories such as that of Korpacz will show many that there is a way forward during dismal times.

“Whatever it may be that happens in your life, everything has an explanation. The Lord has a plan for everything in our lives. The injury in 2018 made it possible for me to realize that without faith and guidance any challenge in my life will become tiresome. I’ve instilled trust, and hope in everything I do into the Lord, and my music is only a small portion of what I want to share with the world,” she concludes.

The Path of Gospel

Artists such as Israel Houghton, Marvin Sapp, Yolanda Adams, Mahalia Jackson paved a road connecting faith and music. Korpacz has been called a talented spirit that plays on the backdrop of years’ of compassion and conviction. She admits to entrusting her faith to become the leading force in her family’s life.

Her album, It’s Time To Praise The Lord is currently available on her website, or can be downloaded from CD Baby and their partner sites which include Apple music, Spotify, Tik Tok and Google Music Stores. Be sure to take a listen to Hiding Place, as it releases this July on Apple iTunes, Spotify, and YouTube.