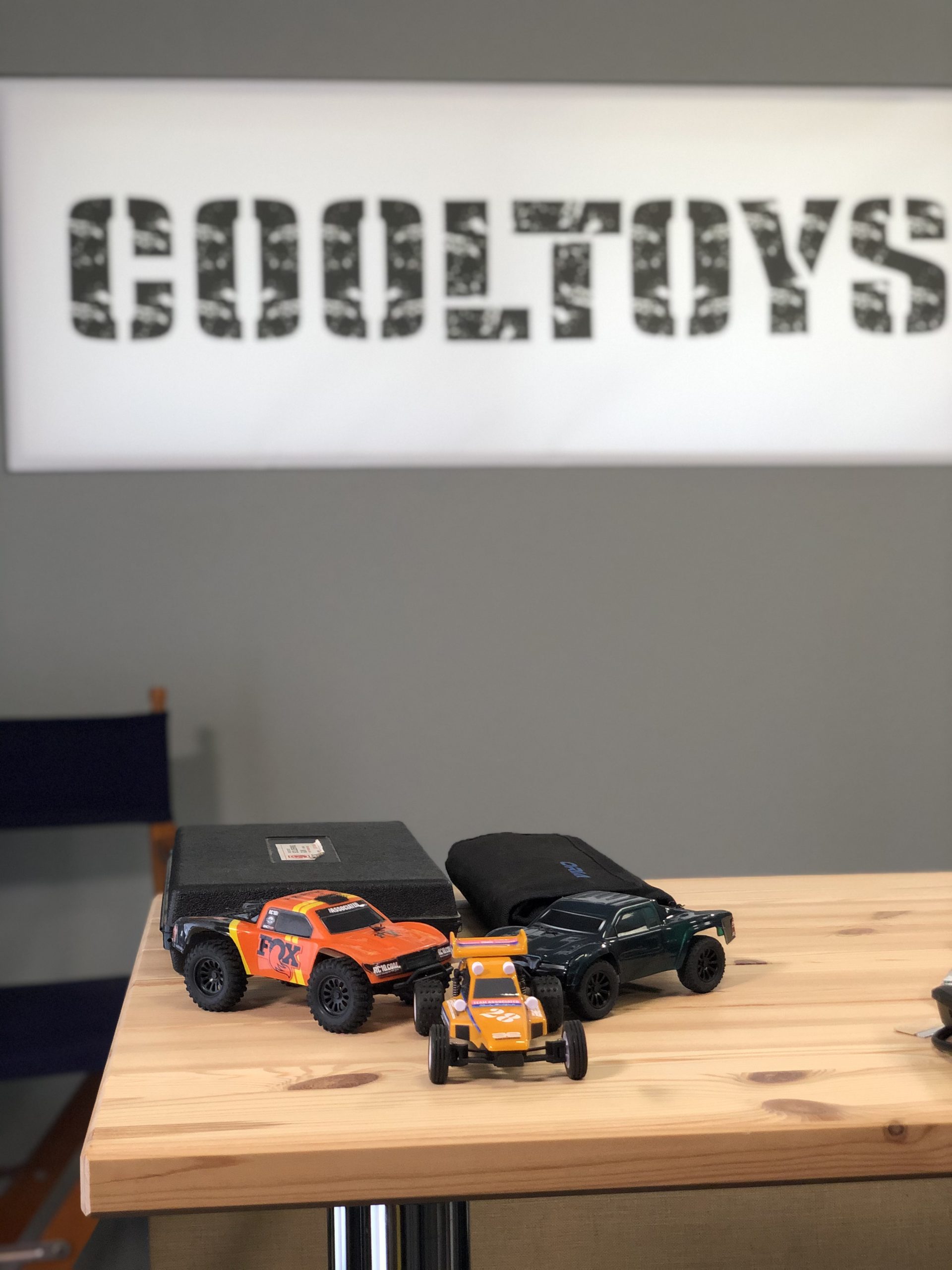 Have your kids wanted their RC Car Battery to last longer? Have you wanted the car to go faster? COOLTOYS® TV hosts Josh and Scott get ready for the FatShark RC challenge in this weeks episode. They do it with an RC Car Hack. When FatShark sent not one but two Scout headsets to test it posed a problem. Is this a headset review? Josh v Scott Challenge or Both?

The producers decided that the first FPV challenge would be a crawler race through a technical track. That track is designed to include blind tunnels inside big tropical plants.

Scott doesn’t own an RC Crawler. Josh has plenty but Scott still decided it was time to order a mini-me Jeep crawler. Jeep® had just licensed and the Jeep JLU to Axial RC. Scott ordered one and the clear body to make a true mini-me version of the CruToys JLU in the correct Sting-Grey. Since this RC Crawler is a new release from Axial it won’t arrive for at least a week and you know how patient these guys are. It’s like asking a 3 year old to watch a blank TV and hold still.

Josh shows you what not to do in this DIY video. If you watched the earlier episode on RC Cars, you know a few of them burned up with Josh’s battery swaps. So it took a while for Scott to let Josh cut up one of his RC Cars and battery hack it.

To make matters worse, Scott was running the panel and didn’t realize a technical issue until after Josh was done. This is sort of a problem with him, but since we don’t have enough room to have a director and camera operator during Covid, it is what it is.

Because of Scott’s failure at the camera controls, Josh had to cut up two of Scott’s Team Associated 28 series cars.

Obviously, there are a couple of choices with the battery upgrade. You can extend battery life or extend battery life and double the power. Scott chickened out and only doubled the power on one car. That was because the 2S lipo battery could easily power the Monster Truck and the FPV camera.

A word of warning, the motor gets very hot when you double the voltage. Your warranty is void, so we DO NOT RECOMMEND THIS.